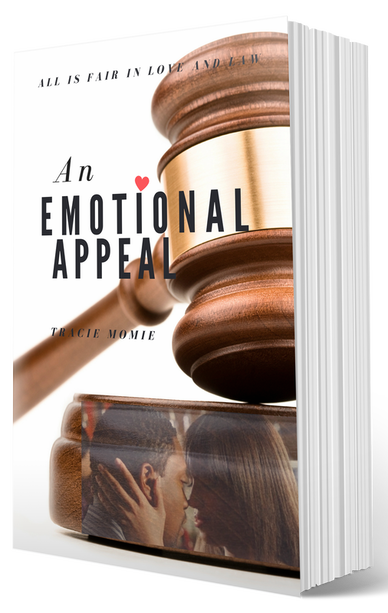 I sighed harshly as I followed Mike through the crowded bar.  Olive's at happy hour was such a cliché.  I should have known he would pick the most pretentious bar in the city to have a drink after work. Although I was a lawyer, I didn't usually socialize with my colleagues and Olive's was the hangout for lawyers, attorneys, counselors, esquires or whatever title was preferred.  Asshole was perhaps the most fitting title for the majority of the egomaniacs in the room.  Mostly male attorneys hung out at Olive's. The amount of testosterone in the building was probably at dangerous levels for humans especially humans who didn’t have a penis.

"I don't know why you like this place so much." I complained once I’d caught up with him.  He’d found us a table in the corner.  “I thought we were going somewhere to unwind. This is like being at work." I frowned.

Mike laughed and signaled the waitress.  "But there are no drinks at work." he winked.

Mike was an attractive man and what some might consider a metrosexual. He was really into his appearance and knew more about the latest fashion trends than I did. He was around six feet tall, lean and muscular, his pale blonde hair was cropped low, he had a permanent tan, and bright sky blue eyes framed by long eyelashes.  He was like a Ken doll come to life.  He loved to travel, was also a sports fanatic and had very liberal views.

I often wondered if he was gay and hadn’t come out of the closet yet, but other than his on point fashion sense there was no other evidence of an alternate lifestyle. Not that I would care.  If Mike told me he was in love with a giraffe at the zoo, I would support him. It would be weird as hell but I’d still support him. He was my friend and I just wanted him to be happy.

After the waitress left, I looked at him and laughed.

"Nothing," I shrugged. “I suppose the waitress doesn’t think you’re into black women.”

“What is that supposed to mean?” he asked confused.

"I’m just saying– she was smiling all in your face- what if you and I were here together?” I tried to sound serious but Mike was really good at calling me on my bullshit.

He rolled his eyes. “First of all, I’m sure she was just being friendly. I’m in here all the time. Second, I don’t think this is the type of place you’d bring a date.”

“Whatever. If I were a white woman do you think she would have disrespected me like that?” I pretended to be outraged.

“Ha! She most certainly did not disrespect you because if she had, they would still be cleaning up her remains from the floor.” He laughed.

On more than one occasion Mike had witnessed my wrath against people who had mistaken my kindness for weakness.

I poked his shoulder and made a sizzling sound.

"So tell me golden girl, how does it feel to be sitting on top of the world?" he asked.  His tone started out mocking as he used the name the other attorneys at our firm called me behind my back.

For the past two years Mike had been my only true ally at our law firm Jones, Davenport & Aguilar.  However we never got the opportunity to actually try cases together since he was a civil litigation attorney and I worked criminal cases. But we were usually assigned to do jury selection together and had formed a close bond.

I thought about Mike’s question and the name he’d used: The Golden Girl.  It appeared I was suddenly one of Herbert Jones’ favorite associates after a streak of winning cases that other attorneys thought to be impossible victories. But the case that had put me over the top and solidified my golden girl status was the Jacob’s case.

The district attorney had charged our client, Jonathan Jacobs with aggravated assault and I had to face off against the latest hot shot associate at the D.A.'s office. After six grueling months of research, arguments and testimony the jury was deadlocked, which meant our client was released from prison.  Immediately following the verdict Mr. Hot Shot himself, Benjamin Fontaine, met me across the aisle.

"Good job counselor.  Too bad it will be short lived, your client is guilty and we will file an appeal," he smirked.  Benjamin Fontaine was tall, handsome and his chestnut colored skin was as smooth as satin.

Why did the smart, fine men always have to be so damned arrogant?

"I’m not sure what courtroom you were sitting in but we have scored what we consider a victory for our client and our firm. As far as I’m concerned, we’re done." I frowned as I walked away.  When my back was to him I took a shaky breath. Although I put on a tough act, I couldn’t lie to myself, I was attracted to him. Really attracted to him. But his arrogance had helped me reign in my feelings, which was for the best because a relationship with Benjamin Fontaine would only end in disaster and heartbreak.

"Hello, Earth to Regina." Mike called bringing me from my daydream.

"Our drinks are here, are you okay?  You zoned out for a minute," he asked concerned. “And you’re frowning.” He gently rubbed the spot between my eyebrows.  "Do you want crow’s feet and frown lines,"

"Excuse me? I don’t have crow’s feet.” I laughed as I swatted his hand away and ran a finger over the skin near the corner of my eye.
“Seriously, you okay?” he asked again. “You were in deep thought.”

“Yeah, it’s just when you called me golden girl I thought about my last day in court and coming face to face with Benjamin Fontaine," I commented before taking a sip of my drink.  I nearly choked. I forgot how strong the drinks were at Olive's.

Mike patted my back.  "What the hell? You're not having sex and you can't hold your liquor. Do you have any vices?"  He asked exasperated.

I stared at him wide-eyed. Sometimes I forgot just how much Mike knew about my personal life. Ironically, I had shared that bit of information after one too many drinks at this very bar.

"Shut up!" I narrowed my eyes at him after regaining some control.

"Uh-oh, you know that saying ‘speak of the devil’?” Mike said under breath as he looked over my shoulder.

"What?"  I turned around and locked gazes with two heavy lidded, dark brown eyes that belonged to a man who had been the bane of my existence for the past six months.
You can order directly from the author:  Books ordered from author will be autographed. Orders are mailed within two business days. Orders received on the weekend or after 1pm on Friday will be mailed the following Monday. Limited Supply on hand.
ORDER NOW
Or click to order directly from Amazon: