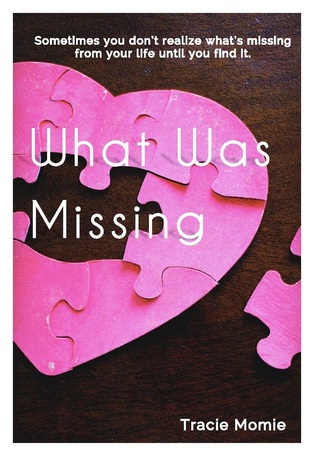 The rough sound of his voice startled me and my eyes popped open. I had them closed hoping that I would wake up and realize the entire thing had been a dream. But no such luck. The same man who had roughly grabbed my wrists and forced me to leave my fingerprints for his records was still there and frowning at me.

“Hold it up, so I can see it!” he yelled.  I lifted the sign with my name up a little higher, and tears streamed my face as the flash went off, adding further insult to my humiliation.

“Turn left.” He commanded. I sighed hopelessly and followed his instructions. Standing with my bare feet on the cool floor, I looked up and noticed I was eye level with the five foot five mark on the wall behind me. There was no telling how many criminal line-ups had taken place in this very spot, and I was suddenly disgusted at the thought of all of the germs being picked up by my feet.

When he was done, a woman led me out of the booking room. She wore the same uniform as the other guard, but hers was ill-fitting and swallowed her voluptuous frame. Her hair had been dyed blond, creating a harsh contrast with her dark brown skin and she also wore black lip liner with pink lipstick, which made her look clownish. I wondered if she was friendly since she obviously had a sense of humor about her appearance. I hoped she would be nice and give me back my shoes. I followed her down a narrow hallway to a small cell. When she unlocked it and slid the metal gate open, it squeaked and echoed down the hall.  She nodded her head towards the open gate as a signal for me to enter. My freedom had officially come to an end, but all I could think about were my bare feet.

She sighed harshly.  “Ma’am ain’t nobody going to steal your shoes. You got other problems right now, your shoes is the last thing you need to be worried about. You get to make a phone call in a hour.” She informed me as she locked the gate and left me alone.  I was confused by her response and then I realized she must have seen the red soles when I took them off and figured I was some silly, shallow woman who wanted to wear designer shoes in jail.  Seriously?  I only wanted to cover my feet. I would have even taken a pair of one dollar flip-flops.

I sat down on the lone bench in the middle of the cell and started to cry again as I thought about her last words.  A phone call.  Who would I call?  Who could  I call?  The past five years of my life had been a total lie.

I was the only person in lock up– probably because not many women in Hidden Hills were committing crimes in the middle of a Saturday afternoon. Saturday afternoons were reserved for lunch and gossip not for taking mug shots and being finger printed.

I had watched enough crime dramas on television to know that I would probably be shipped off to spend the rest of my life in some hell hole where macho women protected me from each other for a box of cigarettes or made me braid their hair. I didn’t know how to braid hair. I wiped away my tears and took a deep breath before closing my eyes and practicing some of the breathing techniques I had learned from my yogi. I tried to clear my head and think about my options but before I could formulate any kind of plan the female guard returned. It had been less than ten minutes.

“I guess it’s your lucky day," she said. "Somebody posted your bail, so you’re free to go, for now.”

I opened my eyes and gaped up at her.  “I’m sorry? What? Who?” I was pretty sure Brian hadn’t bailed me out.

“You can get your shoes and other personal items down the hall to the left.” She said impatiently.

“But I don’t understand, I didn’t call anyone.”

“You want me to leave you in here?” She asked.

I stood quickly and followed her once again down the narrow hallway. I stopped at the guard’s desk to sign my name before being given a large plastic bag that contained my shoes and jewelry. I clutched the bag close to my chest and realized I had nowhere to go. Seeking some measure of comfort, I walked over to the corner and took the expensive leather sling back pumps from the bag and slid them on. When I stood and turned around, I came face to face with our lawyer, David Baker. He stared at me with raised eyebrows.

“David?  What are you doing here? Did you bail me out?” I asked.

He motioned for me to follow him and led me inside a room around the corner. “Patti, Patti…what a dilemma we have here.” He pressed his lips together and shook his balding head.

I kept my eyes to the floor, too embarrassed to even care that he’d called me by that awful nickname. It had been Brian’s pet name for me, and I hated it.

“As you know, my firm has represented Brian’s family for over a decade. Our long-standing relationship with the Scotts leaves no question as to where our loyalty lies. I don’t know all of the details about what happened between you and Brian, but there is one fact that is abundantly clear.” He paused and waited for me to meet his gaze. “You tried to kill him.”
ORDER NOW
Media, Press & Booking Opportunities

What Readers Are Saying:

"This novel keeps me on my toes and has me anxious to read the next page! It is a great spin on realistic romance and is a relatable piece. Couldn't Put It Down!"


"Patrice and Malcolm had long rows to hoe to find happiness but they found it! This book is a great read and kudos to the author...looking forward to the next one!


"Great writing! The characters and their backgrounds were introduced in such a delicate manner that it made it easy to relate to the storyline. I laughed, cried and cheered!!!"

"Now this is how one tastefully constructs a romance novel with a comedic flair. It paired wonderfully with my glass of wine and nice warm bubble bath. A lovely escape. I thoroughly enjoyed every second of this book and could not stop reading. I look forward to discovering more of what this author has to offer."


"Great story! The dialogue between the characters is really good and I was totally surprised by the twist near the end! The title is very clever and speaks to how we think we're okay and whole until something happens or someone comes into our lives and we realize what is missing from our lives."


"Wonderful writing. I laughed, I cried and I couldn't put it down. I felt like I knew the characters. I hope to read more from this author."
Media, Press & Booking Opportunities